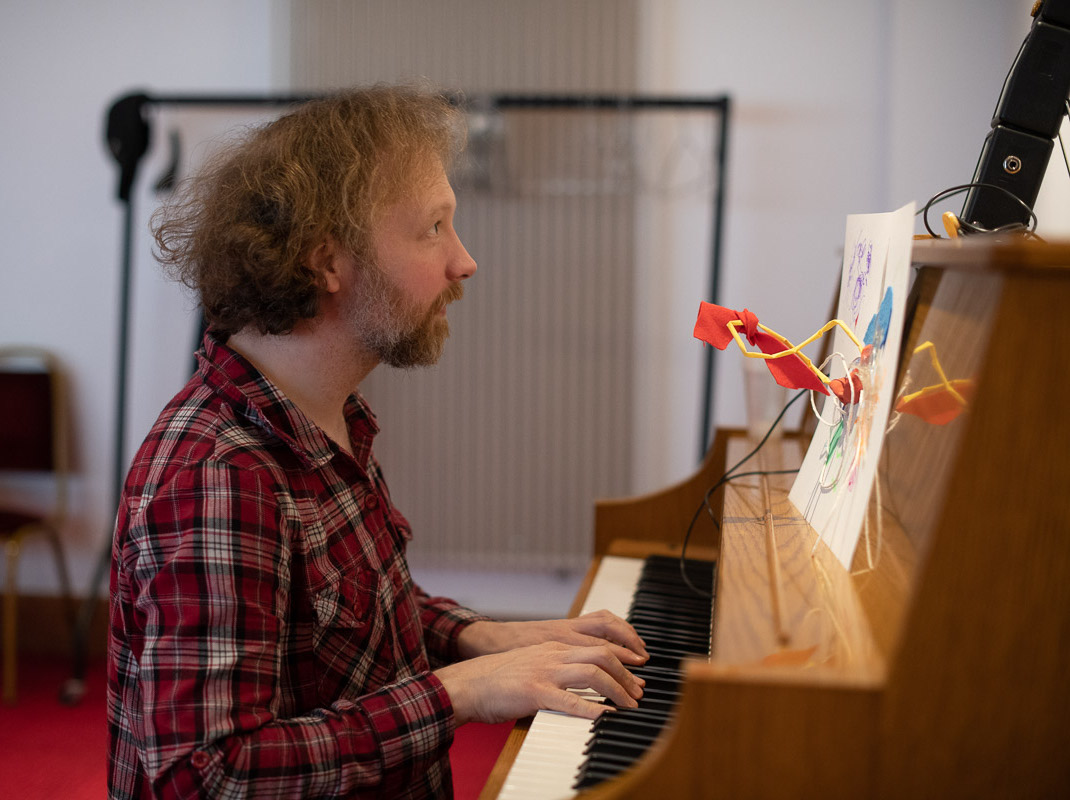 Malcy Duff (b.1978) is a cartoonist, art therapist and musician from Edinburgh, Scotland.
His work has been published in a variety of magazines and anthologies, including MAP, The Wire, Giant Tank Offline, Product, Art Review and The Comics Journal.
Since 2006 he has been working as a community artist delivering sessions in schools, hospitals, galleries, prisons and libraries across Britain. Some of his clients include Artlink, The National Galleries of Scotland, Glasgow School of Art, Fruitmarket Gallery, Edinburgh Headway Group and Edinburgh Printmakers.
He also performs and records in the duo Usurper, which he co-founded with Ali Robertson in 2003. Together they have toured internationally in Europe and America. In 2018 they were the featured artists at the Counterflows festival in Glasgow. Much of Duff’s artwork has graced album covers, posters and flyers, and included as bespoke comic books and prints with audio releases.