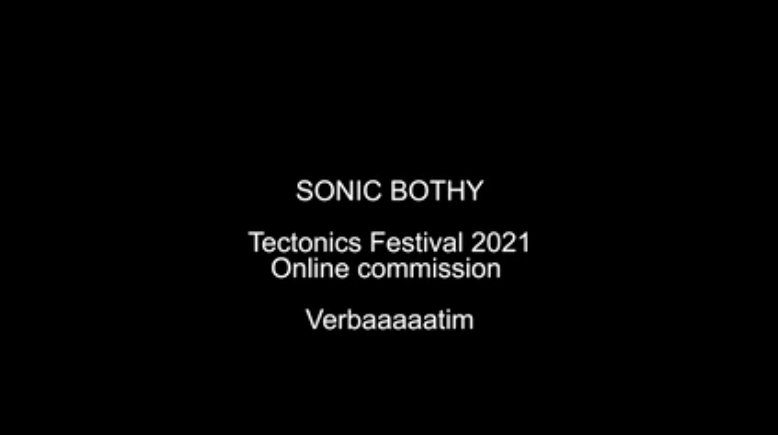 “Verbaaaaatim” for piano, harpsichord, found materials, percussion, voice, violin, bass clarinet is a live recording of a ‘zoom’ improvisation, with captions and visuals. Sonic Bothy’s remote working experimentation with live captioning free improvisation (a necessary addition for 2 hearing impaired musicians) led to a new process. Free improvisations were audio described in live captions, while 2 hearing impaired musicians improvised a response to the captioned text. Previously captioned texts began to take on the role of ‘scores’, while new improvisations – and new captioned texts – were created each time a score was played.

This track is the live recording inspired by the text of an earlier improvisation, and captures in real time the different ways that musicians are responding to the material. Sonic Bothy’s recent forays into DADA have shaped the music, collages, film and final captions.

We would advise listening with headphones.

← Sonic Bothy & The One Ensemble, City Halls 2017 The Resonance is Joy Part 1: Inside Sound Out →