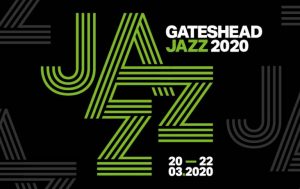 PLEASE NOTE THIS EVENT HAS BEEN CANCELLED DUE TO THE COVID-19 OUTBREAK.

Step onto the Sage One stage for the launch of Sage Sessions, the new series of intimate gigs where the audience join the artist on stage for a unique gig with a beautiful backdrop. Get a taster of three different artists playing a range of genres and then pay what you decide at the end of the event.

Dorian Cloudsley is a Scottish guitarist and composer whose music takes influence from the worlds of jazz, electronica and classical music. He is the bandleader of award winning fusion collective Fat-Suit but here will present his new solo project.

Born in France, Francine Luce started her career as a singer songwriter in Martinique. She has collaborated with some of the biggest names in improvised music including Jerry Dammers, Louis Moholo, and Lester Bowie, co-founder of the Art Ensemble of Chicago, leading to performances including Glastonbury and Later with Jools Holland. Now resident in the North East, her new duo ‘One Voice – One Bass’ brings highly colourful, rhythmic pieces linking groove, jazz and improvisation with lyrics in French Creole and English.

Based in Glasgow, Sonic Bothy is an inclusive music ensemble bringing together musicians of all abilities to explore the world of improv and experimentation. Combining some established performers in this field with people new to this musical area, the group have made quite an impact on the Scottish leftfield music scene. Subtle evolution and pleasingly tentative musical steps and turns mark the group’s journey through pieces of their own instant inception, their skilled collective navigation weaving a charming meander through your ears and mind.